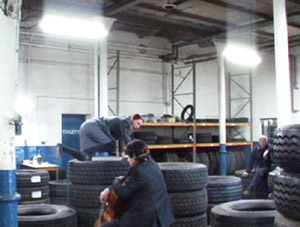 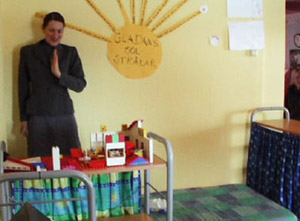 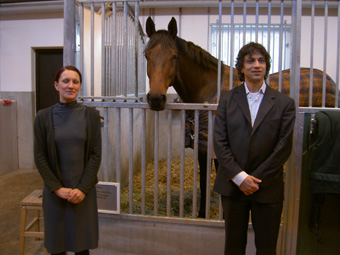 Choreographer/performer SU-EN and composer/musician Amit Sen (cello) worked on this project together as part of the Ars Modus project in Hammenhög, Skåne.

The basic concept is to visit peoples houses or workplaces. Some were informed before, some not. We just knocked on the doors and asked if we could do a short improvisation in their house. Performances took place in the bathroom, the living room, the children’s room, during the coffee break or dinner and varied in length between 7-15 minutes. Short informal talks rounded off our visit before we continued down the road.

To our delightful surprise, a lot of people let us in!

Tuesday January 24
11.25 Sturup Airport 12 minute performance on arrival
12.35 corridor at school, Österportsgymnasiet in Ystad, at the entrance
13.55 lobby of Art museum in Ystad
15.15 Per Helsa, youth center in Ystad
19.00 in the home of Celestin, Jasmin and Olof. Nursery performance.
19.50 in the living room of unknown local family who had guests

Supported by: The Foundation for the Culture of the Future

This project was done in Uppsala city and near countryside. Areas of the city were chosen from certain information found in research such as: ethnic mixture, level of income, other interesting facts.

Presentation and discussion was held at Uppsala City Library, February 2

Supported by: Swedish Arts Council, The Foundation for
the Culture of the Future

With us on the tour: Lukas from SR Uppland and Ulf Johansson from TV Uppland